Exactly How to Know When Someone Likes You (Guaranteed Signs)

How Do You Know Someone Likes You

If only there was a discrete formula that could decipher whether or not someone likes you. An equation. Two plus two equals four. If a guy says this or does that, you know he’s into you. For sure.

Instead, we have a whole world of unique individuals constantly trying to figure each other out. There’s timid guys, over-confident guys, and everything in between. Relationships evolve from friendship to romance, whether successfully or not. It seems like in the modern dating world, the rules change or blur on a daily basis. Our friends offer occasionally conflicting words of wisdom. Certain magazine columns leave you scratching your head with more questions than answers.

In spite of all this chaos, there are still some solid signs you can look for to figure out where you stand with a man. We’ve crafted some advice for how to deal with shy guys, flirtatious guys, and the ever-confusing friend zone.

How Can You Tell Someone Likes You?

Before delving into any of these categories, let’s look at body language. It’s a huge giveaway across the board. Have you ever accidentally gotten into a fight with a friend because they misunderstood your text? Emojis can only go so far. We rely deeply on our facial expressions and posture to convey the meaning of our words.

Much of the time, our bodies speak for us without permission. For example, an uninvited blush might alert your conversational partner to a hidden emotion. Maybe you realize too late that you’ve been fidgeting, suggesting you’re more nervous than you meant to let on.

When we like someone, we tend to mirror their movements. We shift so that we are facing them, our arms at our sides instead of guardedly crossed. Instead of glancing around, we maintain heavy eye contact.

Regardless of the personality of your crush, if he likes you he’ll be displaying open body language. He’ll be engaged with what you’re saying and attentive to any of your movements. Even if he’s a little jittery from nerves, he won’t be closed off or angling to create distance. Body language is an undisputedly universal form of human communication. 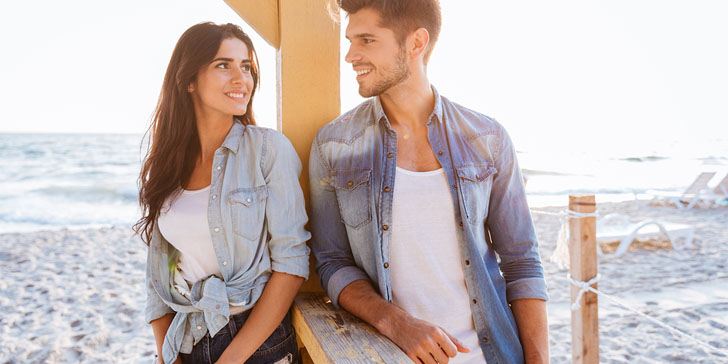 MORE: How to Know if a Guy Likes You

How to Know When A Shy Guy Likes You

While not as easy to read as an extroverted guy, a shy man will still find ways to make his feelings known. It just might take a little more patience on your part, as well as sending signals to him that he won’t be rejected.

Your first interactions with a timid guy will likely be in a group of people, so use that opportunity to observe him. If he acts and talks differently to you than he does to other people, this will be a huge clue as to his intentions.

MORE: How to Know if a Shy Guy Likes You

Here are some other signs a shy guy likes you:

It may sound taxing to look for the clues, but it shouldn’t. If you’re really confused, don’t spend too much time wondering. Apprehensive or not, a guy who’s into you will find a way to let you know. 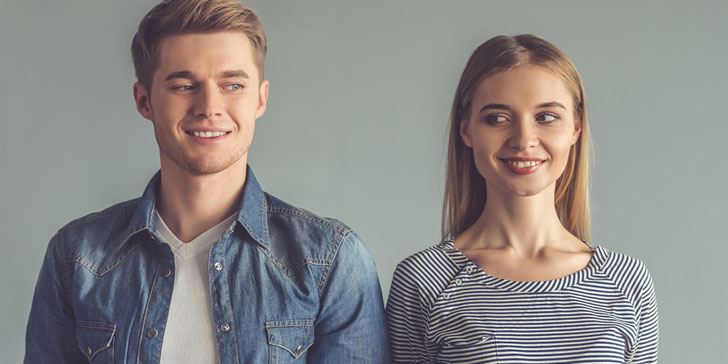 MORE: Unmistakable Signs He’s Into You

How to Know When A Flirtatious Guy Likes You

At first glance, it might seem pointless to include this category. Extroverted, flirty guys don’t usually run into difficulties making their feelings known. Ironically, this kind of guy can be tough to figure out.

Does he really like you, or is he just behaving the same way he does with everybody? Is he the cliché “player” type who doesn’t really want to pursue a relationship of substance?

With a guy like this, time is your friend. If he’s just looking for his current fling of the month, he’ll lose patience quickly. If his exclusive interest in you remains consistent, it’s probably worth considering. While it’s always best to guard your heart in these situations, don’t rule out a guy who’s a known flirt. If he’s serious about you, he’ll make his intentions known. It’s okay to be open to that prospect. 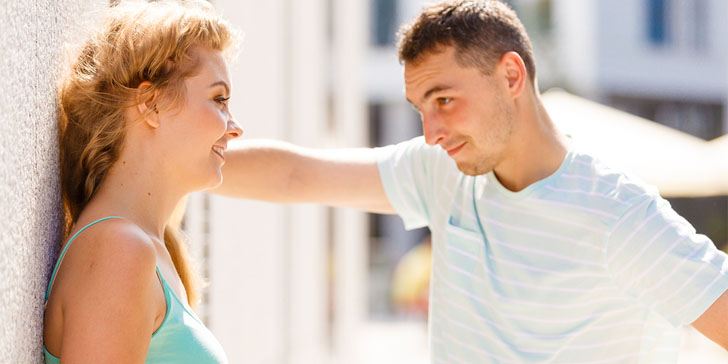 How to Know When A Friend Likes You

It can be truly terrifying to try and turn a friendship into a romance. Real friends are hard to come by. Risking a valuable relationship in pursuit a romance that may or may not pan out is always going to be scary. It can be hard to tell when someone wants to be more than friends, especially if you are already quite close.

If you’re asking yourself whether or not a friend likes you, that probably means something has recently shifted in your relationship. Your gut is usually right.

Note his reactions when you talk about other guys, or when other guys approach you. If there’s a certain possessiveness or jealousy surrounding you, that’s a big sign that he sees you as more than a friend. If he’s worried you like someone else, he might bring them up in a mocking manner and try to assess your response.

MORE: Undeniable Signs He Likes You More Than a Friend

If you’re interested in becoming more than friends, the idea of bringing that subject up can be paralyzing. Don’t pressure yourself to talk about it before you’re ready. You can show through your actions that you are “picking up what he’s putting down.” If he puts an arm around you on the couch, you can lean in. When he’s talking to you, maintain eye contact – or even let your eyes wander to his lips and back. Embrace your inner flirt and show him you’re receptive to the change. 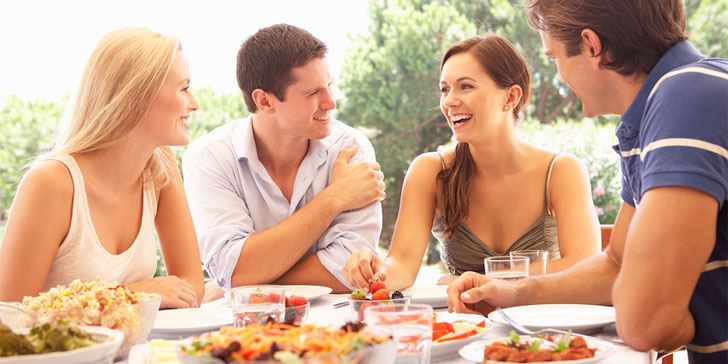 MORE: Signs He Likes You

How to Tell If Someone is Into You

Regardless of the personality, when a guy likes you, he’s going to let you know it. There may not be a cookie-cutter method that all guys use, but each one will find his own way to do it.

If you find yourself puzzling over one guy for too long, save yourself some time and move on. Either he’s not into you, or he’s not ready to put himself out there. Either way, you deserve to be with someone who will let you know you’re a priority.

All you really need to do is just show some interest. You don’t need to be blatant or write love notes or declare it from the rooftops. Just be warm and receptive to him. Smile, use encouraging body language, compliment him, and be receptive to his advances. That’s all you need to do to show interest and let him know he won’t be rejected if he takes things further. If you’ve given him the green-light signals and he isn’t doing anything about it, he probably just doesn’t like you enough to move things beyond where they are now, and that’s OK.

The best thing to do is just move on and try not to take it personally.

MORE: 5 Nonverbal Ways to Tell if Someone Likes You

I hope after reading this article you know exactly how to tell if someone likes you. Whether he does or doesn’t, it’s really important for you to be aware of the one key moment in any relationship that determines if it will last forever, or if you will wind up heartbroken. At some point, he will start to pull away and may lose interest. He’s not as responsive to you, he’s not as excited by you, and it feels like you’re losing him … do you know what to do in this situation? If not, read this now: If He’s Pulling Away, Do This...

The next issue you need to be aware of is at some point, your guy will ask himself: is this the woman I want to spend my life with? His answer will determine the fate of your relationship. Do you know what inspires a man to commit, and what makes a woman stand out from the rest in his eyes? If not, you need to read this right now: The #1 Things Men Desire in a Woman

Check out these related articles for