5 Clearest Signs He Wants a Serious Relationship with You

The biggest area where women feel lost or confused in the realm of dating and relationships is in understanding a man’s true intentions.

It’s easy to be misled, or to feel like we’ve been misled when our emotions are attached to a situation. You want things to work out … and you may want it so badly that you can’t see the truth about your relationship.

MORE: Signs He’s Serious About You

I know what it’s like to be stuck in a confusing “situationship.” It feels like he really likes you, but the terms of your relationship are unclear or undefined and you just don’t know if you’re wasting your time or energy.

In this article, I’m going to clear everything up and tell you exactly how to know if he has pure intentions and if he truly wants a serious relationship with you.

1. He is consistent in his pursuit

He pursues you … but guys who aren’t serious and just want to hook up can also pursue you, so how do you know if he’s the real deal or just another player? It’s because he’s consistent in his pursuit.

That means he isn’t super into you one day and then ignoring you the next. He doesn’t act like your boyfriend for a week and then disappear for days or weeks at a time. 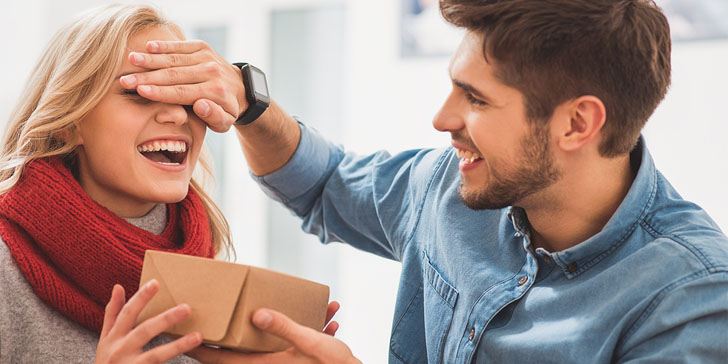 If you’re stuck in the same spot with a guy and he has no desire to change things, that’s a sign he’s not serious about you and doesn’t want a commitment.

You guys will talk more frequently, hang out more, hang out for longer, you’ll become official, you’ll meet each others friends and family, the relationship will deepen

If he shoots you down every time you bring up the topic of moving forward or he makes a joke out of it or deflects, that’s a strong sign he’s not serious about you and sees the relationship as more of a “for now” situation rather than a forever one.

I want to add that it’s not just about hitting relationship milestones, because there are only so many you can hit, it’s about deepening the level of intimacy. It means he shares more of himself with you, more of his likes, his passions. He peels back his layers to reveal his true self, not just his surface-level self that everyone sees.

MORE: 4 Ways to Make Him Commit and Want Only You

Watch The Video: He Does These 5 Things If He Wants A Relationship

3. He talks about the future in a real and concrete way

This one can trip women up a lot becomes we place a lot of weight on words and not as much on action. And men communicate through actions more than words.

I once dated a guy who I really liked. He was probably lukewarm about me, probably because I was very needy in the relationship, but anyway, he was going on a trip with his family to Aruba and I said I was so jealous and he said, “maybe next year you’ll come.”

I saw that as a huge indication of his feelings! I mean, he was talking about the future, a year from now, and me going on a trip with his family! That means he’s serious about me!

Nevermind the fact that he didn’t contact me once the entire ten days he was gone … or the fact that he waited a few days to get in touch when he was back in town, he was thinking of a future with me!

Not surprisingly, that relationship didn’t last much longer once he got back because he was just never in it to begin with. And I was of course heartbroken because I was all in.

Talk is cheap. And one thing I learned about men after that relationship is that it’s easy for guys to get swept away in a moment and say something. At the moment he was thinking, “Wow, this girl is so great, that would be so fun to go to Aruba with her! Yeah, let’s do it!” 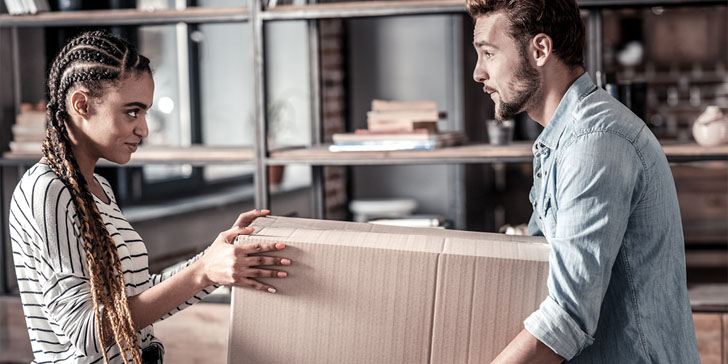 MORE: When a Guy Won’t Call You His Girlfriend

He didn’t think beyond that.

So when a guy is serious, he talks about the future in concrete terms. He makes sure you know he sees a future with you in it. And his actions line up with what he’s saying. He doesn’t say “It would be cool to live together one day” he actually shows you apartment or house listings he comes across.

He discusses things with you, like the fact that he wants to go to grad school in another state and what would that mean for you? Would that be OK with you?

A lot of us mistake the feelings of anxiety and uncertainty that get aroused when we can’t tell how someone feels with feelings of actual love.

This isn’t love, this is anxiety or an anxious attachment style being activated.

And usually, it’s activated by a partner who can’t or won’t fulfill our needs. We want it to work so we try to get through to him and crack his code. When it seems like it’s working and he likes us back, we’re elated! When he pulls away, we’re in despair.

And the cycle goes on and on.

True love doesn’t feel this way. It’s just easy and effortless. I’m not saying relationships don’t take work, because they do. But the work comes later. In the beginning, when two people are on the same page, there is no force and there is no fear. 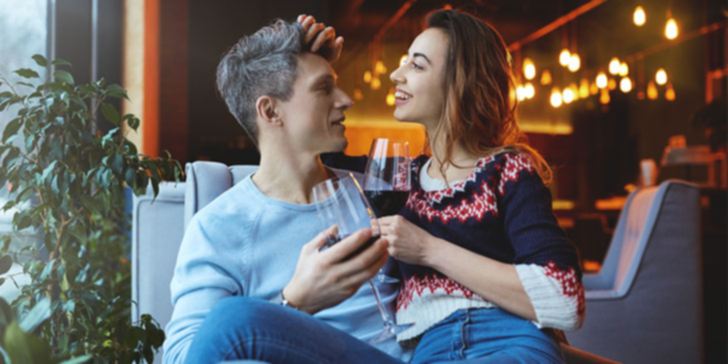 MORE: Why He Won’t Commit

The number one way to know if a guy wants a relationship with you is he tells you!

When a guy wants you, you will know it. He will tell you. And more than tell you, he will show it.

With the right guy, there is nothing to stress or obsess about. It’s just clear and obvious.

As I always say: If you have to ask … you already know the answer.

I hope this article helped you better understand how a man behaves when he wants a serious relationship with you. But there is more you need to know. Do you know what truly inspires a man to commit and see a woman as “the one?” If not, read this next:The #1 Things Men Desire in a Woman