Here’s the thing- men communicate through actions more than words- as such, a guy may not always come out and say he likes you, but his actions won’t be able to hide his true feelings.

Typically, when a guy likes you he’ll act on his feelings — but sometimes not. He could be a shy or insecure guy, or maybe you’re a shy and insecure girl and he’s interpreting that to mean you’re not interested and he thinks he’ll be rejected (something most men are absolutely terrified of).

MORE: How to Know if a Guy Likes You For SURE

Maybe you work together and he wants to be totally sure you like him before he crosses that line because there is a lot at stake in that scenario.

You may think he’s into you, but you want to be sure before you start showing more obvious signs of interest.

To help give you clarity, these actions are definitive behaviors of someone who is secretly attracted to you.

1. You make him nervous

Even the most self-assured guy will get a little nervous around a woman he has feelings for.

Watch for nervous movements- shifting, looking a little uncomfortable, laughing at something you said that wasn’t articulately funny, sweating, shaking, you know the signs.

It’s possible he’s just an anxious guy, but if you know he isn’t, and he’s that way around you, it’s a strong sign he likes you. 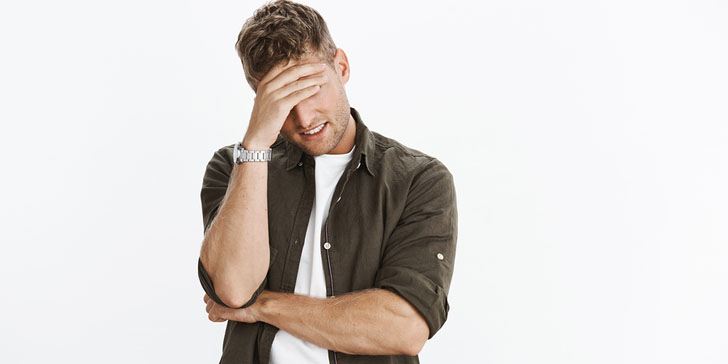 2. He “accidentally” touches you

Men are physical creatures – when a guy is into a girl, he intensely craves her touch, so much so that he can’t help but accidentally, on-purpose touch her.

It could be a high five, picking a strand of hair of her shirt, a gentle rub of the small of her back, letting his knee meet yours when sitting next to one another, something sweet and subtle.

He also will be receptive when you touch him, as opposed to reflexively recoiling away.

He may initiate touch to see how you respond- nothing overt or aggressive, just tiny touches to see how receptive you are. This is a good way for him to gauge your level of interest, because like I said earlier, men are terrified of rejection. if he senses you’re OK with it, he may make stronger affectionate gestures.

MORE: Signs A Guy Likes You But is Trying Not to Show It

Body language is the only language incapable of telling a lie. When we like someone or are attracted to them, it comes across in countless subconscious ways that we can’t control because most of the time we’re not even aware of them!

Some of the biggest body language cues are that he looks you in the eye, smiles a lot around you, stands facing you (not angling away from you) and orients his feet, knees, and shoulder toward you — this one is the biggest. When you’re not interested in someone, you usually angle your body away, looking for an excuse to cut out of the conversation. When you’re into someone, you are fully there and present and attuned to everything they have to say. You would never think of exiting the conversation and wish it could go on forever! You would literally spend eternity just standing in that one spot.

Read this article for a much more thorough breakdown of body language signs that mean he’s into you.

Not much has changed since the days on the schoolyard when a guy would pull your pigtails if he liked you!

In adulthood, this has evolved into playfully teasing emphasis on the word playfully. If a guy is mean spirited, says things that totally cross the line, he may be a misogynist or just a jerk, and definitely not someone you want to be involved with.

Playful teasing isn’t meant to hurt to offend- he may call you out about a cute little habit or quirk or really random thing you do that he finds funny and charming. Just like people use jokes to sometimes reveal brutally honest truths (in a way that people can’t get offended because it’s ‘just a joke!”) a guy might be saying he likes you by poking a little fun at you. 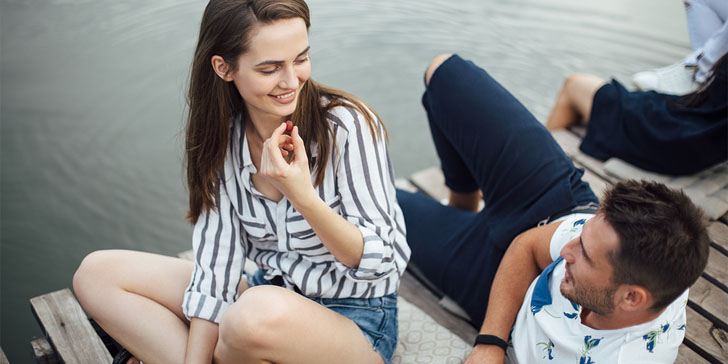 MORE: 5 Telltale Signs He Likes You

This is another body language giveaway that someone likes you. Mirroring is mostly unconscious- he’s not playing a game of monkey see monkey do.

You may notice that his body is in the same position as yours, he crosses his legs when you do, his tone of voice matches yours. This is an unconscious way to establish a connection and is something we usually only do around people we have romantic feelings for.

This is another subconscious thing a guy will do if he likes a girl. He may straighten his tie, fuss with his shirt, smooth his hair, anything that signals he wants to make sure he looks his best. 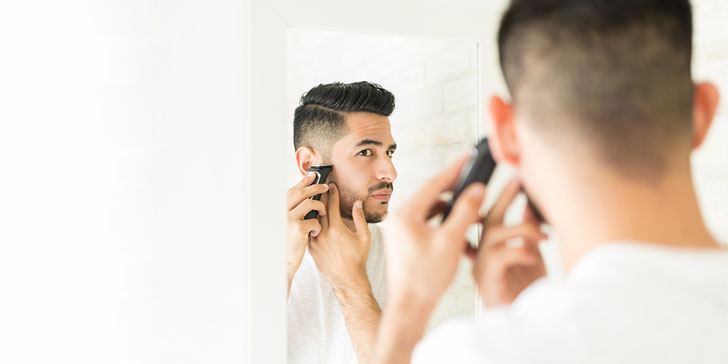 7. He’s always around you

When a guy is into you… you’ll notice he’s just always around (not in a creep, stalker-ish way!).

Maybe you just see him around a lot, or maybe he just always finds his way to you in a crowded room- when a guy likes you, he can’t resist your gravitational pull.

MORE: Want To Know If He Likes You? Watch For These Signs…

8. You think he likes you

Our gut instincts are usually on point- if you have a feeling he’s into you — maybe It’s because of something tangible or maybe just a general feeling — then he may have feelings for you.

Be honest with yourself, though- do you really think he likes you … or do you so badly want him to like you back that you are clinging onto every kind word and gesture as proof he feels the way you want him to feel? 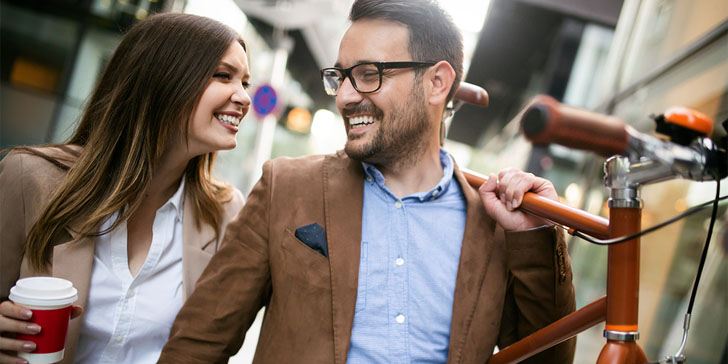 If he’s showing signs of being attracted, then you can confidently respond to some of his advances. If he’s shy or afraid of rejection, then you being more open and receptive and giving him clear green light signals will be all he needs to take the next step.

If you are showing clear signs of interest and he’s not doing anything about it, then it’s best to just move on. Don’t wait around, don’t try any fancy techniques to put a spell on him and make him love you back, don’t be even more obvious about your interest and veer into desperate territory.

If you’ve shown interest and he still doesn’t do much more than flirt with you, then he may be attracted to you, he just doesn’t want to be with you.

I hope this article helped you better understand the sneaky signs that a man is attracted to you. But like I said, it doesn’t mean he wants a relationship with you. Do you know what inspires a man to commit? What makes him see a woman as a cut above the rest, as the woman he wants to spend this life with? Read this next to find out: The #1 Things Men Desire in a Woman

These are the signs a guy is secretly attracted to you: 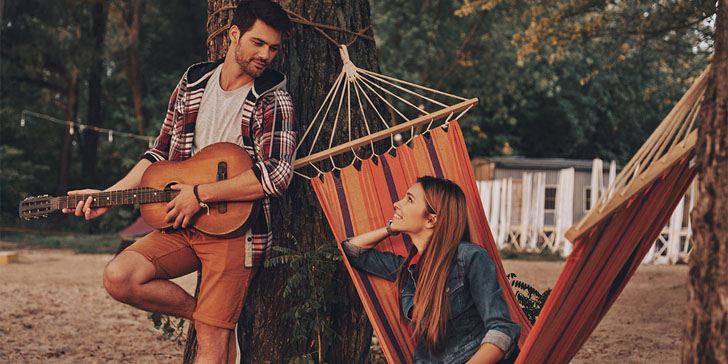