Why Do Men Pull Away Then Come Back? The Real Reason

Let’s talk about an issue almost every woman will face in her relationship: He pulls away and then comes back.

It could be a guy you’re casually seeing, or maybe it’s your long-term partner. No matter what the case, it’s disconcerting and you can’t help but feel panicked and on edge.

Did you do something to upset him? Is he losing interest in you? Does he want to break up with you?

These are all terrifying questions to ask … especially when it’s a man you really care about.

MORE: How to Stop a Man From Withdrawing

The fact is, men do pull away and come back in relationships. It’s a naturally occurring cycle and happens for important reasons. Men and women are different and as such, the way they deal with emotions and stress can be different.

I know it feels confusing, but it’s actually pretty simple when you understand it, and that’s where I come in.

Why Do Men Pull Away and Come Back?

I’m going to share a piece of information that will allow you to breathe a huge sigh of relief. When a man pulls away, most of the time it has nothing to do with you or the relationship. Yes, that’s right!

MORE: The 3 Main Reasons Why Men Pull Away

Men typically retreat and withdraw into their “man cave” when dealing with stress or difficulties. That is just the way they prefer to handle things, as opposed to women who usually prefer to seek out and lean on those closest to them.

It feels good to a woman to talk to her close friends and family when she’s upset. This doesn’t feel good to most men. Most men feel ashamed when they’re off their game. And the last thing they want to do is be seen by others. Actually, that’s the second to last thing they want, the real last thing they would ever want is to be pitied and receive unsolicited advice from said pitiers. This is crushing and crippling to a man.

MORE: Why Men Withdraw From Relationships

A man would much rather withdraw and work through whatever the issue is on his own, and then come back into the relationship when he’s feeling strong and confident again.

You may know about this on an intellectual level, but on an emotional level, it hurts because you really wish he would just talk to you. You feel almost offended that he doesn’t want to open up to you. You might think it means he doesn’t really love or trust you. But that’s not the case. He does care, and that’s the reason he’s doing this! He cares so much what you think that he doesn’t want you to see him when he’s not at his best.

Fine, maybe you would love him no matter what but it’s still not a good feeling for him. So he withdraws and takes space.

That is the most common reason a man will pull away, but there are others. 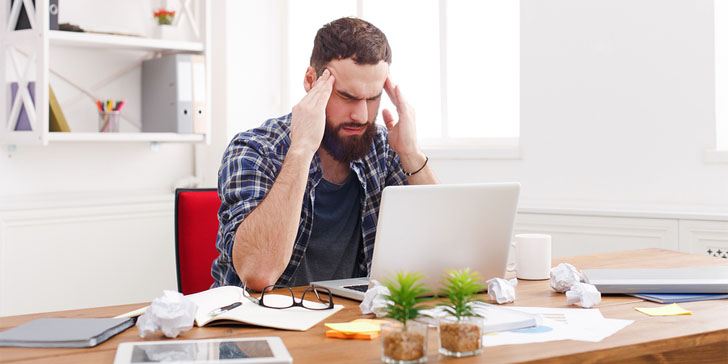 MORE: Why Men Pull Away

Reasons Why Men Pull Away in the First Place

When a guy pulls away, you reflexively panic and think you’re losing him forever. You feel like he’s rejecting you, like he doesn’t want you anyway. But this isn’t usually the case. These are the reasons a man will pull away:

1. He’s dealing with problems that have nothing to do with you. Maybe he’s stressed at work and his job isn’t going well, maybe he’s struggling with anxiety, maybe he’s having family issues, maybe he’s having financial issues. Life is filled with potential problems and setbacks, and when they arise, a man will want to take a step back to deal with them. Most men can only process one thing at a time, they can’t juggle and multi-task as efficiently as women. So when something comes up, he will put all his energy and attention on it.

2. The relationship is moving too fast. Relationships often start out at lightning speed, and this isn’t always healthy. In the beginning, it’s all so exciting and exhilarating so the momentum is strong. It seems like things are going great, but a guy may panic at this point just a little bit because things are moving a little too quickly. It doesn’t mean he doesn’t like you or isn’t interested, he just wants to slow things to a more comfortable pace. And really, what’s the rush here? This is a common occurrence in new relationships that started off with a bang. 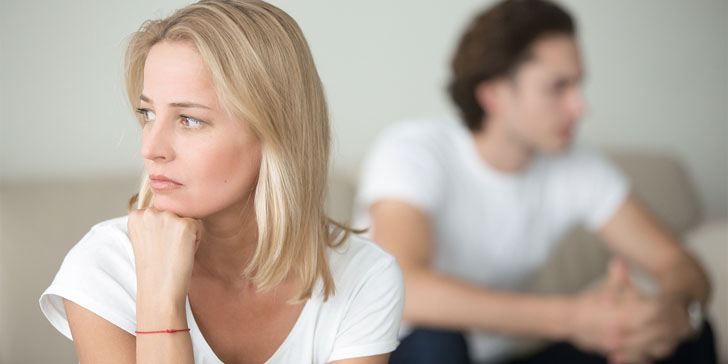 3. He’s having doubts about the relationship. This is more common in a long-term relationship. Look, sometimes people have doubts. That’s perfectly normal. If that’s what’s going on, he may want some time away to sort through his feelings. And this will work to your advantage because you not being there gives him the space to miss you.

4. You’re doing something that’s causing him to withdraw. Maybe you’re being too clingy, too demanding, too negative, something along those lines is recurring in the relationship and he just doesn’t want to deal with it.

Like I said, the first scenario is the most common, but the others are likely as well. You’ll just have to assess your individual situation. 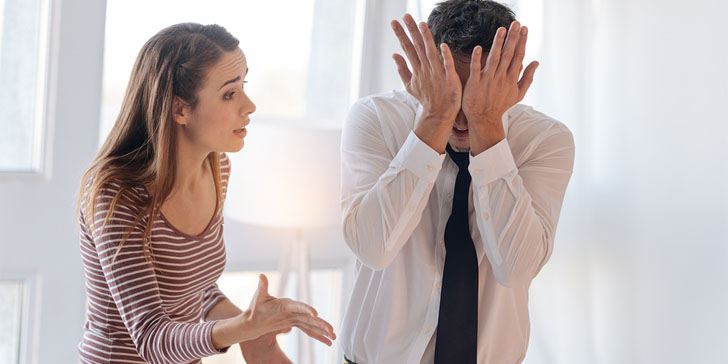 MORE: Ask a Guy: Why Did He Withdraw?

So What Should I Do When He’s Pulling Away?

No matter why he’s pulling away, the advice on how to respond is the same: just give him space and let him do what he needs to do.

If he’s having doubts about you or the relationship, you being right there in his face will not change his mind, if anything it will make things even worse and he may become more annoyed with you and then he will really start rethinking the relationship.

Feeling upset can put us in a very selfish frame of mind. All we see is our pain and we try to find ways out of it. But you need to factor in how he’s feeling and what he needs. If he needs space, then it’s unfair of you to decide your need for him to be present is more important.

MORE: Signs He’s Pulling Away From You

Try to maintain perspective here and realize that he’s doing what’s best for him, and what’s ultimately best for the relationship. If you just back off and give him space to naturally come back to you, then he will, and he’ll be even better and stronger and more of the partner you need. If you suffocate him, he’ll just resent you.

Just play it cool, focus on yourself, let him know you’re there if he wants to talk, and then just let it be.

Obviously, this shouldn’t drag on forever. He can’t just keep you on the back burner. So give it a few weeks and then reassess what’s going on. If he’s not coming back to you, then it’s likely that he doesn’t want to and is just buying more time.

Either way, use this time to better yourself. That’s the best thing you can do for yourself and your relationship. 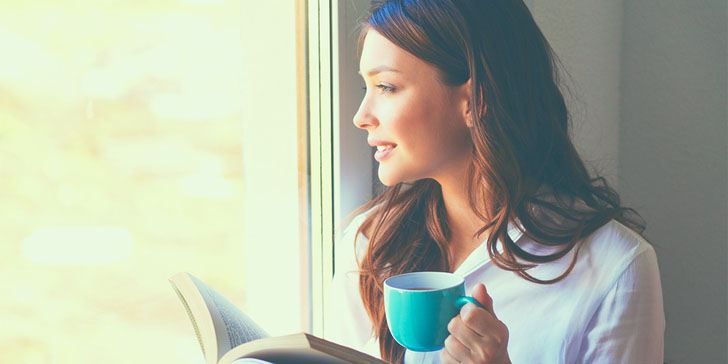 I hope this article helped you understand exactly why men pull away and come back. At some point, a man’s interest may start to decrease and he might start to withdraw from you. He doesn’t text back, he’s less attentive, he just seems a little cold and closed off. Do you know what to do when this happens? If not, you might push him away for good so read this now: If He’s Pulling Away, Do This...

The next major, relationship-defining question a man will ask himself is: Do I want to commit to this woman for the long term? The answer will determine everything. Do you know what makes a man decide a woman is “girlfriend material”? The type of woman he wants to commit himself to and doesn’t see as a casual fling? If not, you need to read this too: The #1 Things Men Desire in a Woman

Why Men Pull Away and How to Deal With It

Why Men Pull Away Or Withdraw