He pulled away… will he come back or did I scare him away for good?

It’s an inevitable part of being in a relationship … that agonizing point when your guy seems to be slipping away. Something has shifted and you can’t quite put your finger on it, all you know is the mounting sense of panic and dread running through your veins.

It feels like he’s pushing you away, like he’s mounting a plastic wall around himself to keep you out… and you have no idea why. Whenever you’re together, something feels off. You’re starting to feel like a nuisance rather than the woman he intensely desires.

MORE: 5 Steps to Stop a Man From Withdrawing

All you what to know is what happened and why he’s doing this. Is he losing interest … or is something else going on?

Above all, you want to know how to get him back and stop him from pushing you away.

Here’s what’s going on and what you need to know.

Why He’s Pulling Away

Here are some of the most common reasons a man might pull away:

1. He’s dealing with things in his life that have nothing to do with you. 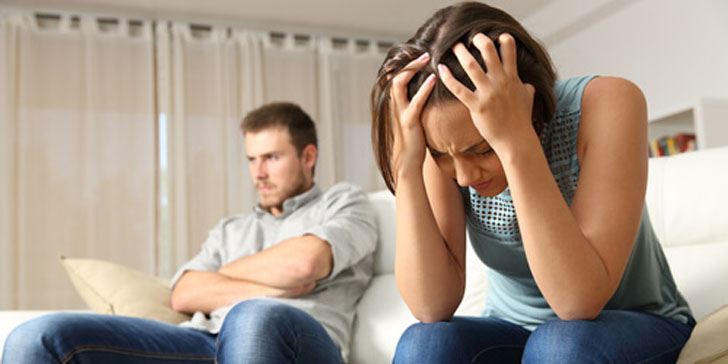 If you’ve read any of the many, many articles on why men pull away on this site, you’ll know that when a man is stressed or feeling emotionally overwhelmed, he will retreat in order to deal with it. He may be pushing you away because he doesn’t want to be seen in this state.

A lot of women have a hard time understanding this because women typically cling to those closest to them when they’re feeling upset about something. The only reason a woman would shut out a close friend is if she was mad at that person so it’s hard not to take it personally when a man seems to be keeping you at a distance.

MORE: The Top 3 Reasons Why Men Pull Away

2. He’s pulling away because of something you’re doing.

Maybe you’re being too needy, too clingy, too insecure, too demanding. Whatever it is, you’re doing something that is putting him off and causing him to want to be around you less.

MORE: What to Do When a Man Says He Needs Space

3. He doesn’t want the same relationship you want. 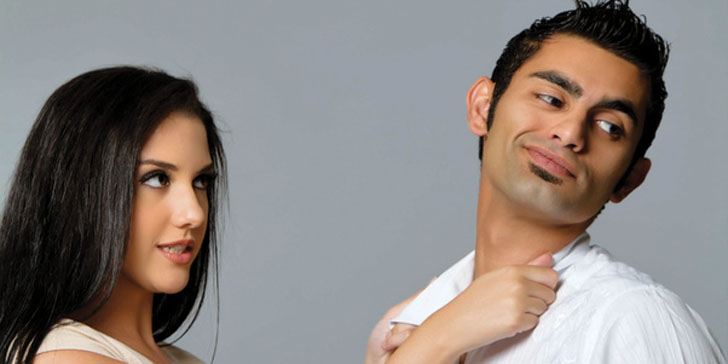 Maybe, in the beginning, it all started out well and good, you were having fun and enjoying one another. Now you want something more… and he just doesn’t. The relationship has become too intense for him and he just doesn’t want that level of commitment at this moment ( this could be for a variety of reasons).

I know it sucks and it’s unfair. I know it hurts. But if you can’t force someone into feeling things and wanting what you want. As much as it feels personal, remember that it’s not!

I hate to use this overused line, but sometimes that’s exactly what’s going on. Oftentimes, when a guy pushes you away it’s because he just doesn’t like you enough and he doesn’t know how, or he doesn’t want to, come right out and say it to you. Usually, these scenarios aren’t black or white, it’s gray. He likes a lot of things about you, he just doesn’t like you enough to continue with a relationship.

MORE: How to Get a Guy Back That Pulled Away

5. It’s getting too intense too soon.

This isn’t the same as #3. In this case, he may see a future with you but maybe it’ll all just happening too fast and he’s trying to pump the breaks. Going at a slow pace is actually a good thing in a relationship so try not to panic if this is happening.

6. He’s not pushing you away, you’re just being paranoid.

Sometimes we’re our own worst enemies and create problems where none exist. Try to take a step back to gain some clarity and objectivity. Is he actually doing something that indicates there is an issue… or are you being paranoid and hypervigilant and panicking over the tiniest things that might possibly signal that something is amiss?

So now that we’ve looked at some reasons why he might be pulling away, let’s talk about what you can do to get him back.

MORE: Is He Testing Me By Pulling Away?

How to Get Him Back:

Now that we’ve looked at the most common reasons a guy might pull away from a relationship, let’s look at what you can do to get things back on track and get him back after he pushed you away:

MORE: Ask a Guy- Why Do Guys Withdraw Emotionally?

A little pulling away is normal in a relationship. Don’t try to solve any problems unless there is an actual problem to solve. Most of the time, we create problems where none exist by trying to fix something that wasn’t even broken.

Chasing after him and clinging even tighter will only make things worse and it’s just never a good look. 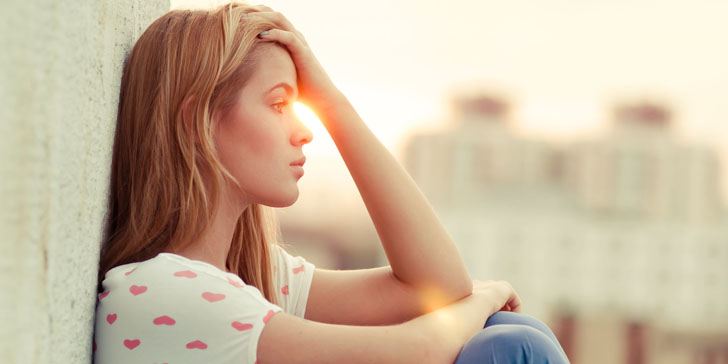 When has stress ever actually solved anything? Has the answer to any problem in the history of problems ever been to just stress over it a little more? No, never.

Stress just creates an aura of insecurity and desperation and sends out a man-repelling vibe. Stressing over things is a huge waste of mental energy that gets you absolutely nowhere. The only thing you succeed in doing is feeding your own fears and insecurities, allowing them to grow exponentially and take over the rational side of you.

If he’s pulling away or pushing you away, stressing about what he’s doing and why he’s doing it won’t help bring him back, it will only make things worse.

MORE: How to Deal With a Man Pulling Away

Don’t succumb to your anger and unchecked emotions. Don’t blindly react to a situation. You won’t solve anything by coming after him with accusations and “how dare you!” Try to take a step back and figure out the best way to respond.

Maybe you’re hurt, maybe you feel slighted, maybe you’re indignant, maybe you’re really upset, I’m not saying you should bury your emotions. It’s OK and understandable to feel this way, but you have to take responsibility for your emotional state and not pin all the blame on him.

He’s not making you feel this way. You feel the way you do because that is your reaction to his behavior. He’s not in control over your reactions, you are. If you are upset you can absolutely talk to him about it, but there’s a way to do that without unleashing your fury and blaming him for how you’re feeling.

MORE: How to Know If a Guy Is Pulling Away or Cheating

4. Give him space and focus on yourself and your happiness 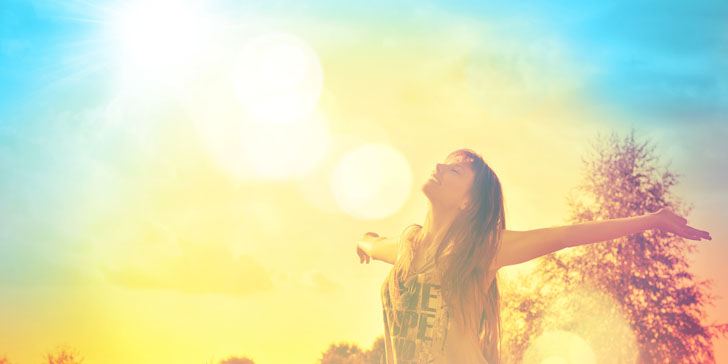 I know your knee-jerk reaction may be to pull him closer when he’s pulling away, and it seems counterintuitive to back away from the very person you crave to be close to, but that’s what you need to do in this situation. You can’t badger someone into wanting to be with you or into wanting what you want.

The best thing to do is just focus on yourself for now. Don’t try to solve his problems or fix him or win him over. And definitely, do not chase after him. Just give him space. This doesn’t mean you should wait around forever. You shouldn’t be waiting around at all. You should focus on yourself and your happiness and your life and if he continues to fade away, then that’s his choice and then you can make the choice to be OK with it.

MORE: Why Men Pull Away In The Early Stages

I hope this article helped you better understand why men push women away and what you can do to get back n track. But there’s more you need to know. A man pulling away in a relationship is inevitable. The way you respond will determine if the relationship deteriorates or is stronger than ever. Do you feel confident that you’ll know what to do when he pulls away? Do you know what makes him come back and invest in you and the relationship even more than before? If not, read this next: If He’s Pulling Away, Do This...

I probably pushed him away for good. We had been talking for a week straight day and night (late.) Then he wanted to make plans for the weekend, however it never happened. He just blew it off or made an excuse. The talking and texting slowed way down. Like 75% less all of a sudden. He would send me pics here and there of things around him. Then week 2 he invited me over…and we had sex. I know, I know, dumb move. But even dumber, we did it again 3 days later. Still no dates. Then he invited me over for a Saturday for grilling/smoking meat. That fell through because he fell asleep about 11 and didn’t wake up until 5ish. Begged me not to be mad. I let him off the hook. So later, I saw him on the dating site where we met. I lost it. Totally did #3. I asked him if he was sleeping with them too (but in harsher words.) So, he blocked me on the site after I apologized. I had started reading and listening to you and Eric and text him another apology saying I understand that we did not have a commitment of any kind and exclusive and I was sorry I lashed out. I don’t know if I’m blocked from texting him and hope he actually saw it. I really like him a lot and I thought he liked me a lot. However, twice when he started not returning calls or texts when he said he would, I told him I didn’t think it was fair for me to wait around and he knows how to get a hold of me. He responded immediately and all was well. I just think this last time really got to me. I would like to have a relationship with him but I don’t want to bother him either. Ugh! HELP! I sound needy too…I wish I found you before I did the freak out…