When He Pulls Away, Give Him Space

Something with your guy feels off. You don’t want to admit it but you know it’s there. He’s pulling away and you don’t know what to do. You know that you should probably give him space, but you feel afraid that with a little bit of space, he will completely slip away and forget all about you.

That’s not how it works. When a guy pulls away, give him space. That is all you can do … unless you want to push him further away until he vanishes completely.

MORE: This Is How To Stop Him From Withdrawing When He’s Pulling Away

I know it’s scary. I know you don’t want to. I know you just want to keep him as close as possible, but doing that will not get you the results you want. You want to bring him back. You want to get the relationship back on track. The only way to do that is to give him space when he pulls away. That is the only way you’ll get him back.

And I’m going to explain exactly why that is and how to give space the right way, so keep reading.

What to Do When He Pulls Away:

First, let’s talk about why guys pull away in a relationship. The good news is it most likely isn’t because of you.

You don’t feel that way because you’re a woman and we naturally tend to assume responsibility for everything, which is just silly and an unnecessary burden! I’m sure you’ve heard of the concept of men retreating into their “man caves.” This is just a natural male response to dealing with stress. If a man withdraws, it’s most likely because he’s dealing with some issue and just wants to have the space to deal with it on his own.

MORE: What to Do When a Man Says He Needs Space

This is hard for you to deal with because when a woman is upset about something, she seeks out those closest to her. She feels comforted by confiding in close friends. Men aren’t like this. When he’s dealing with a difficult emotional situation, he most likely won’t want to talk about it. He will want to deal with it and then come back to the relationship recharged and feeling strong and confident again. 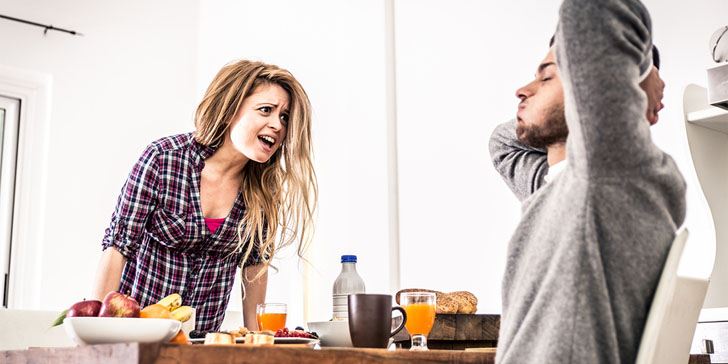 One of the worst mistakes, and a major waste of time, is to try and figure out why he’s pulling away and what you can do to fix it. Trying to solve his problems is probably the worst thing you can do. He will just feel annoyed with you and will withdraw even more.

But if you must know…

These are the most common reasons a man will pull away:

1. It has nothing to do with you. He’s dealing with a problem, could be something external like work, or internal like emotional issues. Whatever is bothering him has nothing to do with you or the relationship.
2. You’re doing something that’s causing him to withdraw. Maybe he feels too much pressure coming from you, maybe you’re being too needy, maybe something just feels off and for now, he just needs some space from you.
3. He’s having doubts about he relationship.

No matter what the case, the solution is the same so figuring out why doesn’t really matter.

If he’s pulling away because of a problem that has nothing to do with you, it’s because he wants the time and space to deal with it on his own, as in, without you.

MORE: The Biggest Signs He’s Pulling Away (And What to Do About It)

Men don’t like to be seen when they’re feeling off-kilter. Maybe you think this is silly, maybe you think that you would love him no matter what and you don’t care if he feels less manly at the moment or whatever. But it doesn’t matter what you think. What matters is what he needs, and right now, he needs space. And it’s important for you to respect that need and just give it to him.

If he’s pulling away because of something you’re doing, then you being even more aggressive and more needy is definitely not going to make him change his mind! That is only going to make things worse.

Maybe you feel afraid he’s just going to leave completely. And he might. And he might not. But your best chance to get him back is if you just let him be for now. You can reconnect later. For now, give him space.

The same applies if he’s pulling away because he’s having doubts about the relationship. You breathing down his neck won’t make him feel more sure of you. And humans tend to idealize what isn’t there, so you not being in his face will work to your advantage actually. 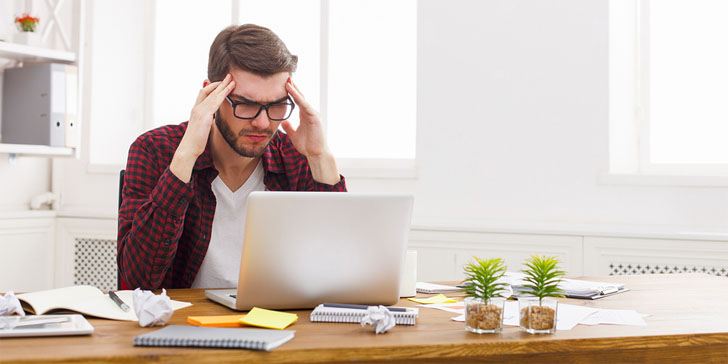 But most of the time you aren’t the problem. You make yourself into the problem when you can’t leave him alone to do what he needs. When you take it personally and think it’s about you and try to compensate by being in his face. That’s when you become a problem in addition to whatever other problem he was dealing with.

MORE: The Number One Reason Why Men Lose Interest

To you, it looks like he’s losing interest and withdrawing, but really, he thinks everything in the relationship is fine, he’s just dealing with a problem.

When He Needs Space … Give Him Space

It’s as simple as that. If he’s being less emotionally available, if you feel a distance, if you sense he’s distracted and not present, just leave him alone.

It’s normal for guys to take space sometimes. This isn’t a relationship problem, it’s just a guy thing. Instead of trying to fix it or understand it, your best move is to just accept it. And you should also use that time to work on yourself because we can’t ever get enough of that in life!

MORE: The Biggest Signs He’s Losing Interest in You

The majority of the time when a woman can graciously give a guy space, he will spring right back to her when he’s done dealing with whatever the problem was.

I know you want to be there for him, but this is the best way to do that. You can also say something to him along the lines of, “I see that you’re going through some stuff. I just want to let you know I’m here if you need to talk.” And just leave it at that. And say it once. Don’t remind him every day, “I’m still here if you need to talk!” “Just a reminder that I’m here!” And don’t flood him with questions: “Why are you being like this?” “Why won’t you talk to me?” “What’s going on with you?”

MORE: Giving a Guy Space When He Pulls Away

No questions. Questions just put more pressure on him. Just one simple loving statement that conveys I’m here if you need me, and then let it be.

Don’t stress yourself out and assume he’s going to leave you. Is it possible he’s having doubts about the relationship? Yes. But freaking out about it will not solve this at all. 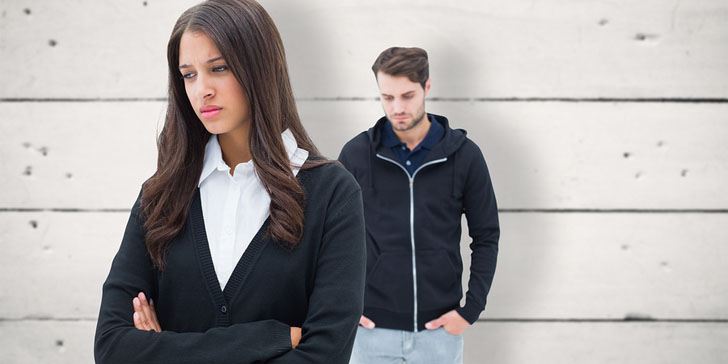 Just give him space, stop focusing on him and the relationship, and just focus on yourself. This is the best gift a woman can give to her man. And men know this is hard for a lot of women to do, so the fact that you can give him the space he needs will make him love and appreciate you even more.

17 Reasons Why He’s Pulling Away

I hope this article helped you better understand why it’s best to give a guy space when he’s pulling away. But there are more things you need to be aware of. There are basically two key moments in any relationship that will determine if you last longterm, or if you end up heartbroken and alone. At some point, a man will pull away and he might start losing interest. He isn’t as responsive or as excited by you. You’re afraid that you might be losing him. Do you know how to respond? If not, you could make things even worse and wind up fully pushing him away so be sure to read this now: If He’s Pulling Away, Do This...

The next relationship-deciding question a man will ask himself is: Do I want to commit to this woman for the long term? The answer will determine everything. Do you know what makes a man see a woman as girlfriend material? Do you know what inspires a man to commit? If not, you need to read this next The #1 Things Men Desire in a Woman